Birabahn is home to the University of Newcastle’s Wollotuka Institute, named after the Eagle-hawk totem of the Awabakal. 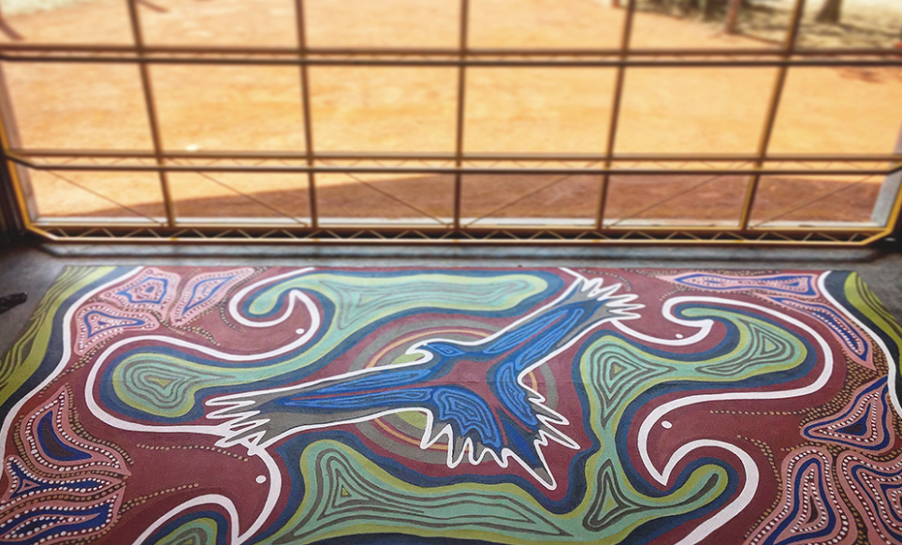 Biribahn is based on the eagle motif in plan with its central welcoming double height fire doors and fireplace as the welcoming communal zone. The ‘wings’ wrap around the hearth and contain the teaching and admin spaces. 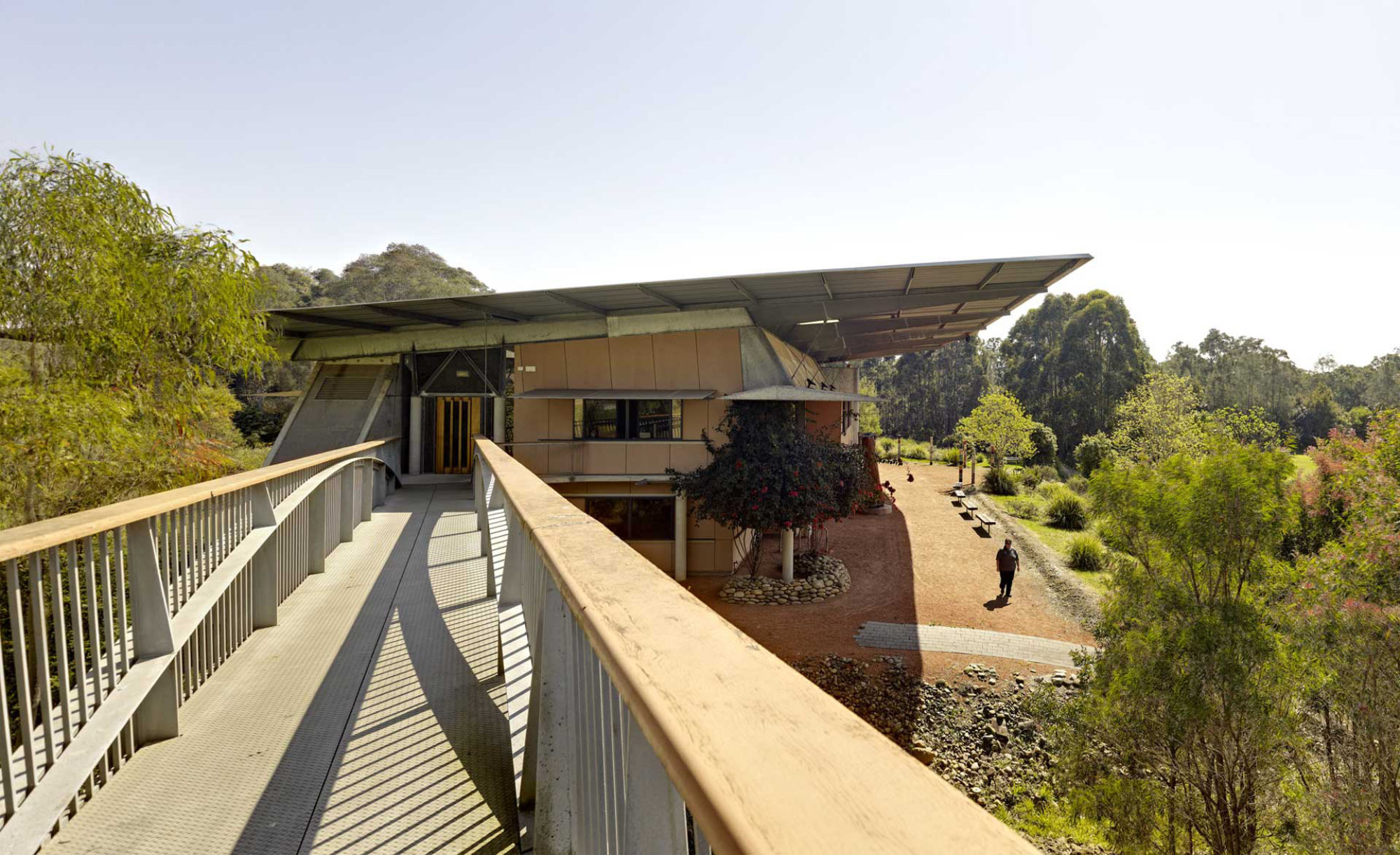 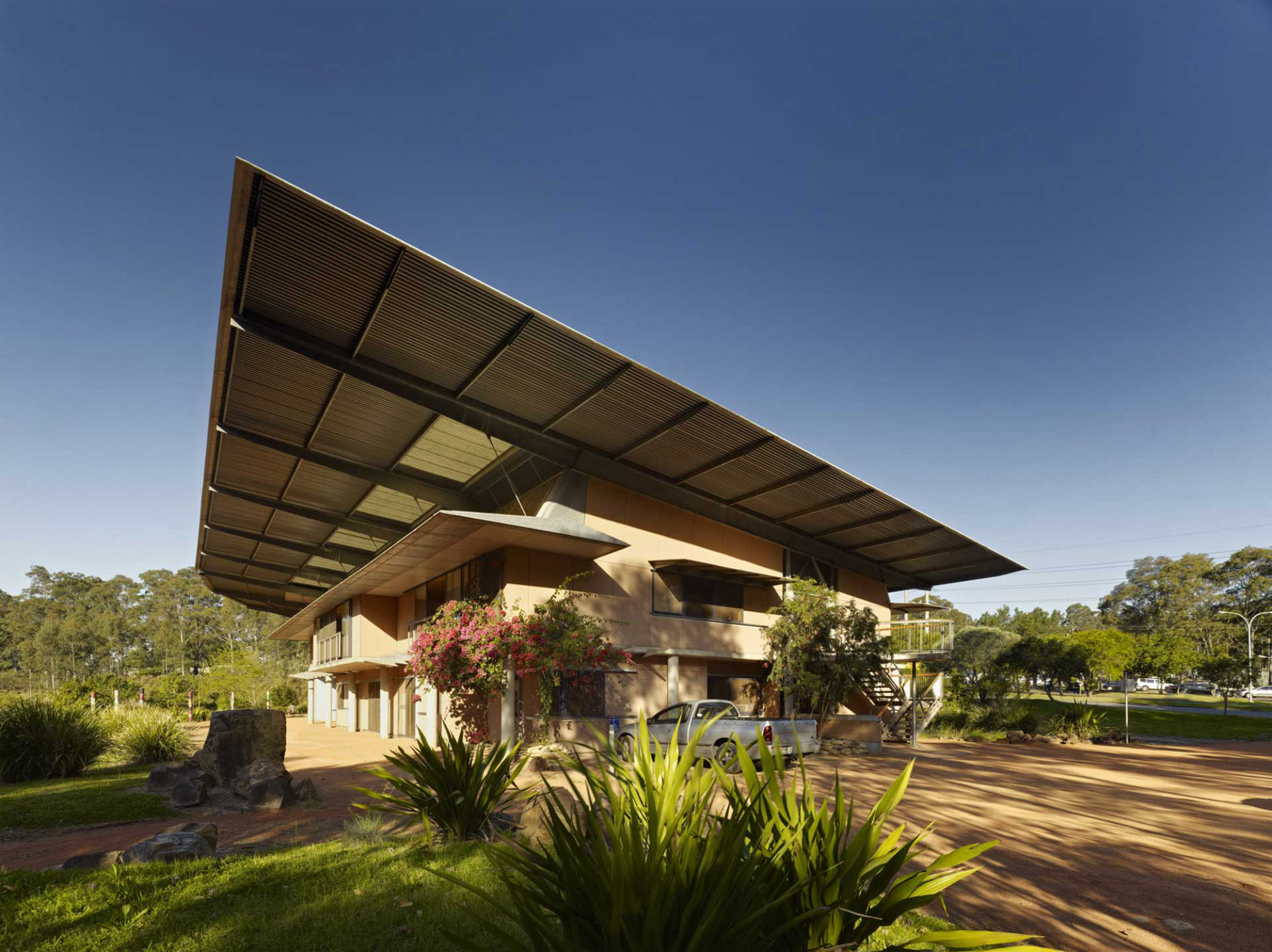 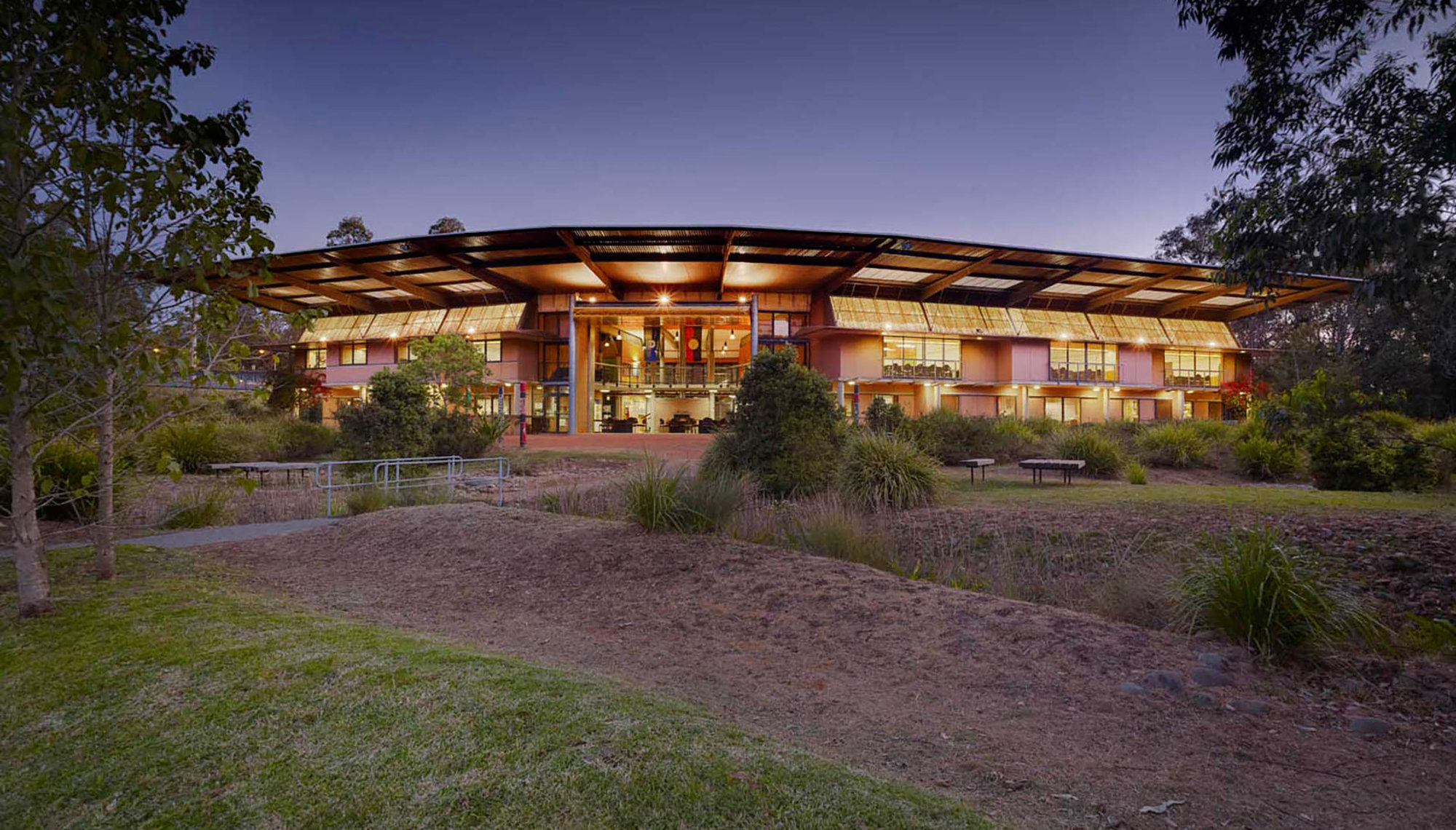 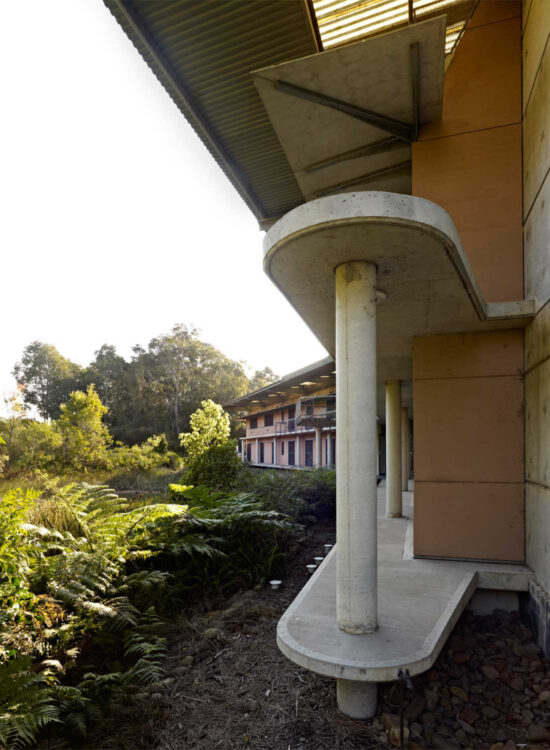 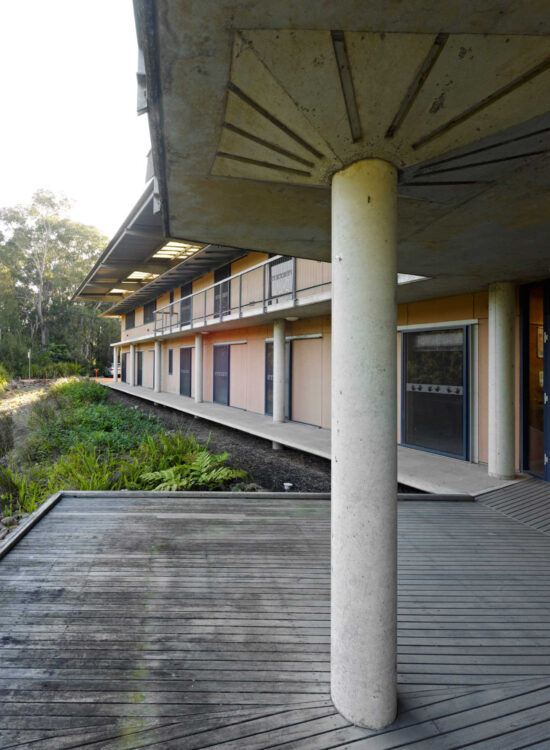 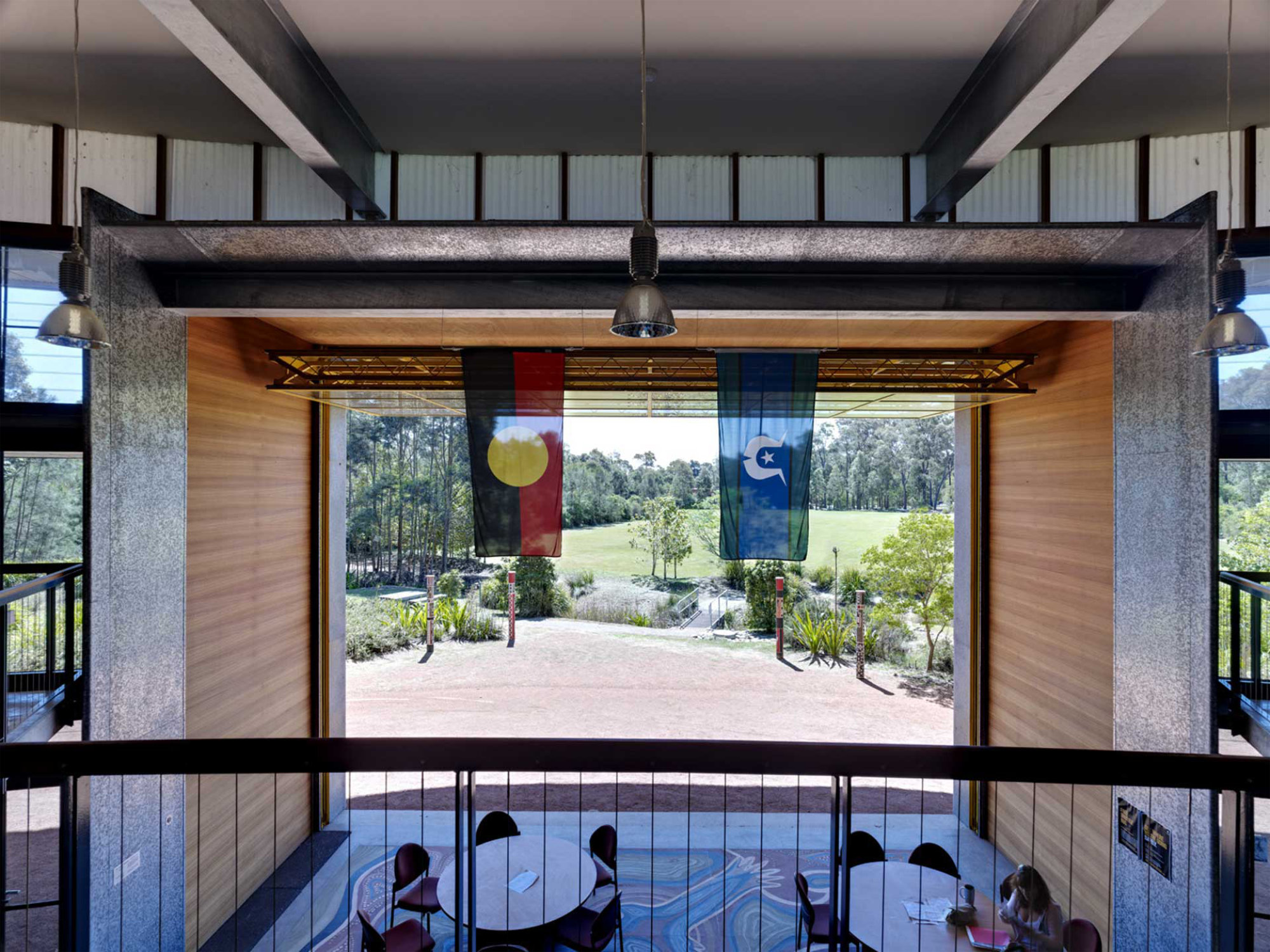 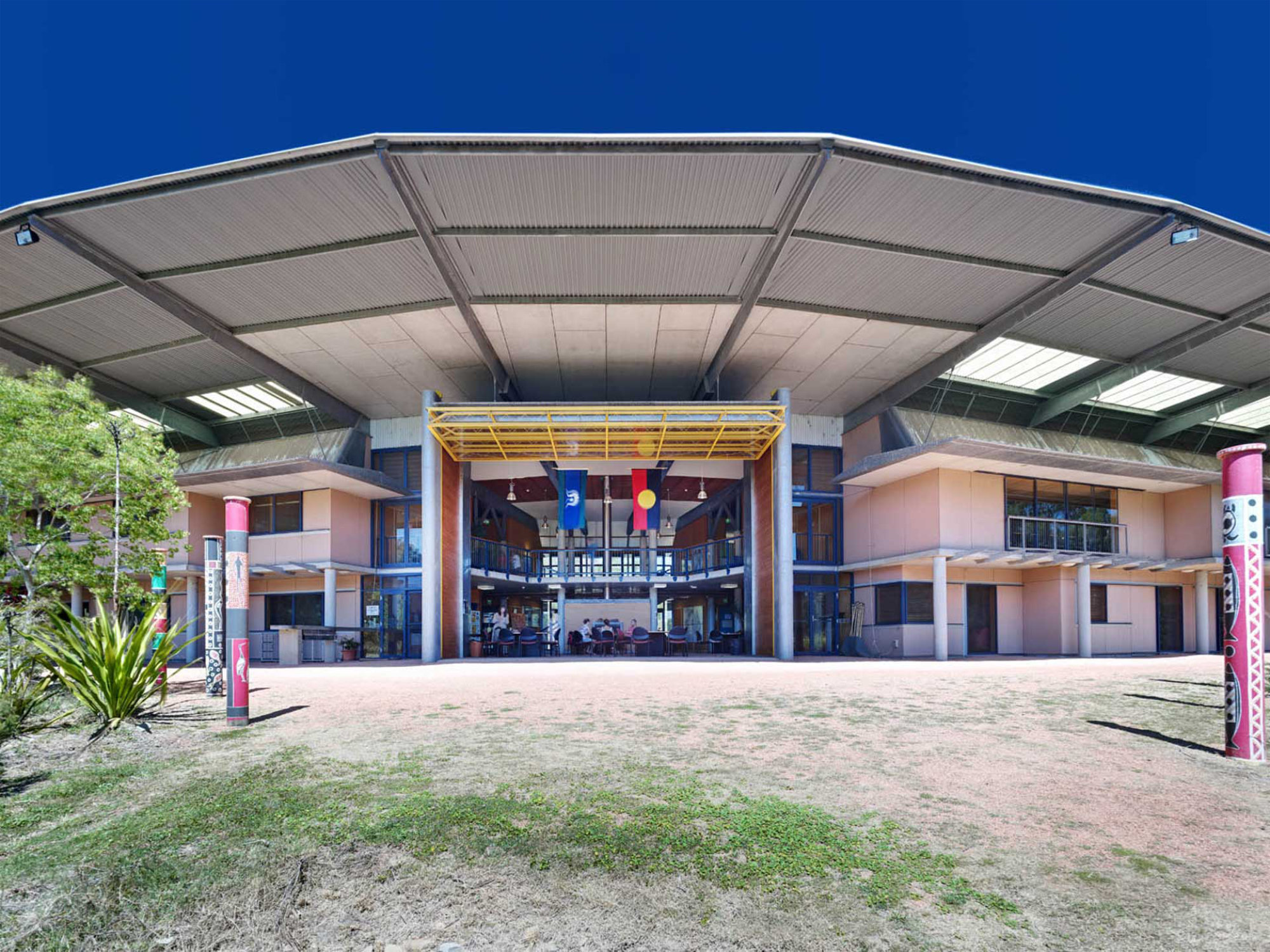 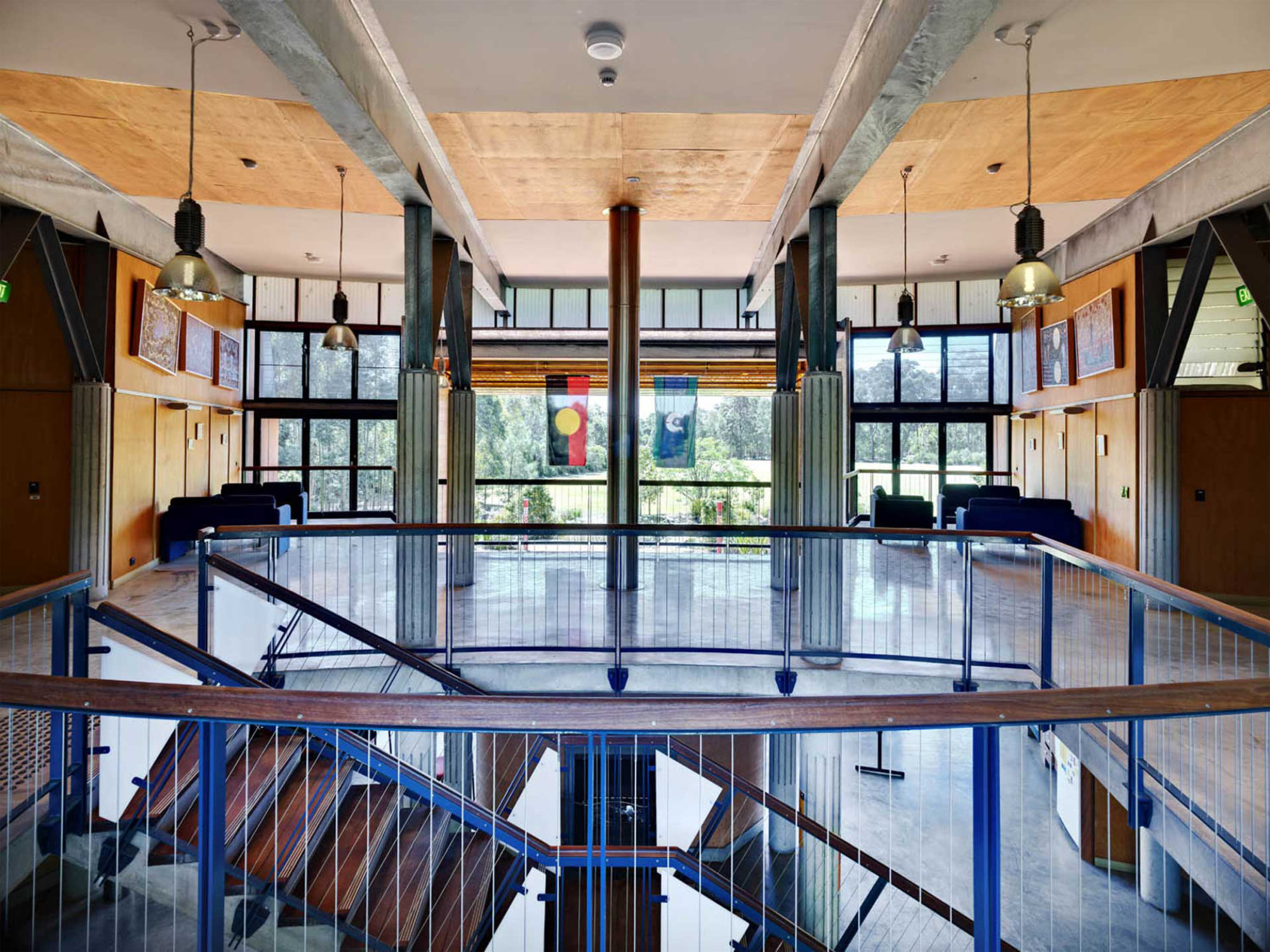 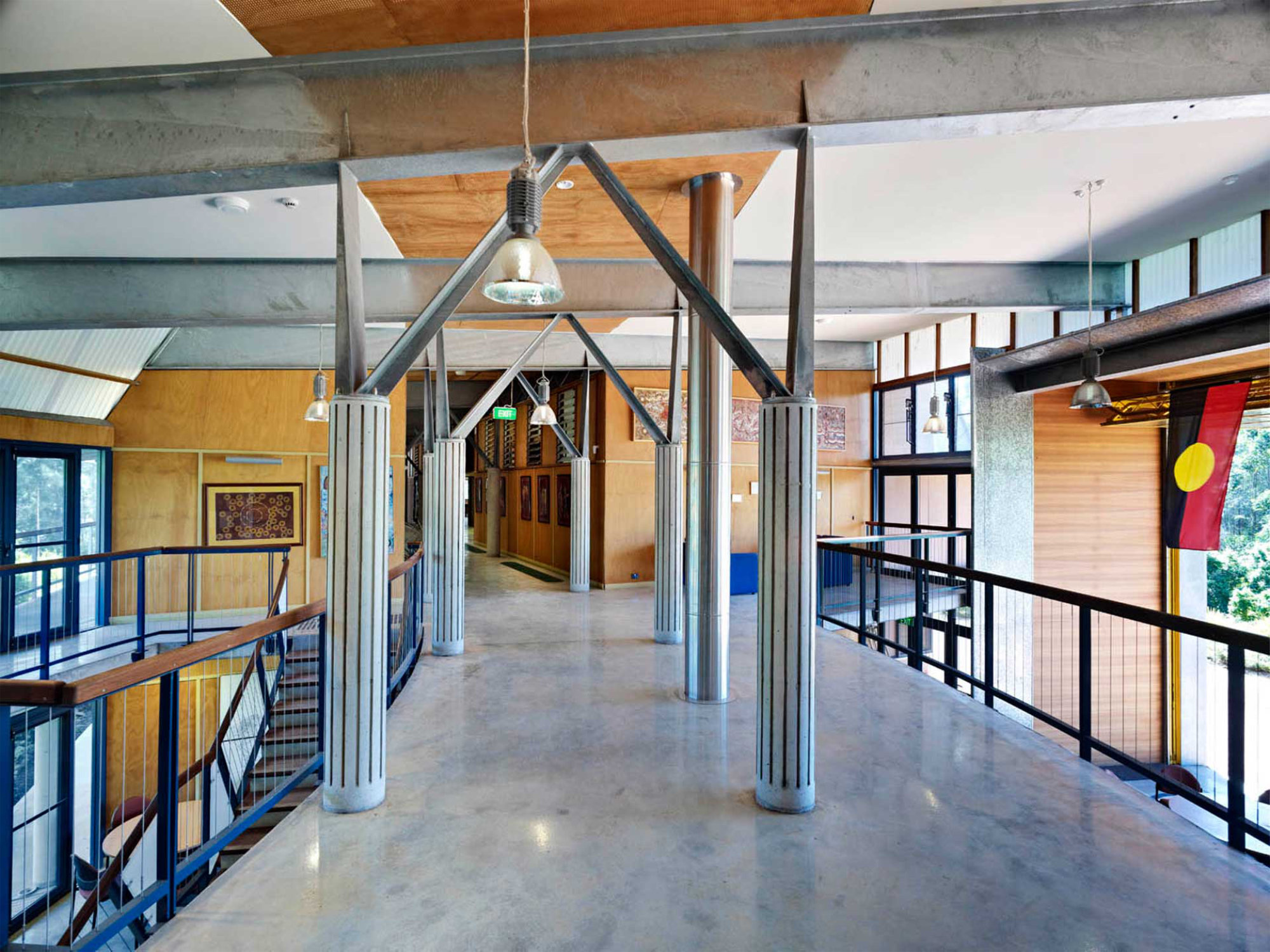